By the reign of King Edward the Confessor (1042-1066) there were four manors in the parish of Buckland. Their contemporary names are unknown, but in the late medieval period the largest two were known as Duke’s Manor, and St John’s Manor.

The largest manor, of 15.5 hides, 23 households, and with one mill, four fisheries, and a dairy farm. It was worth £16, and included the church. It was held by Wulfric Kemp (also rendered as Ulvric Chenp), presumably a local thegn or freeman given no other land is recorded in his name in Domesday; he does not appear anywhere else in the historic record.

The second largest manor, of 5 hides but covering the same area as the ten hides given to Earl Aelfheah in 957. This manor was worth £5 at the end of King Edward’s reign, and had only six households. It was held by Aelmer or Almer, a local thegn who also seems to have held land elsewhere in Berkshire at Barkham, Earley, Compton Beauchamp, Lollingdon, and Charlton. It is likely that Aelmer held this manor as a tenant of Abingdon Abbey; others of his Berkshire lands were held as a tenant of the King.

The two remaining manors were of much smaller value, no more than £2 with four households. One was held by Wulfwin, the other split between four free men. Nothing more is known of any of these men, save that none retained their lands after the Conquest.

As in most other areas of southern England in the aftermath of the Norman Conquest, local Saxon landowners, either killed at Stamford Bridge, Hastings, or during subsequent unrest, or downgraded to tenant status, were replaced with Normans and their allies. The two small manors were given to Count William d’Evreux, one of the few known companions of William the Conqueror at Hastings. St John’s Manor passed to Hugh de Buckland, Sheriff of Berkshire, who took the name of the settlement as his own. In all cases the value of the manors fell substantially – by 1086 the Duke’s Manor was worth only half of what it had been pre-conquest (£8 down from £16). 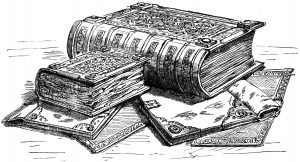 The Domesday Book of 1086 shows that at the time of writing the ownership of the largest manor of Buckland, later known as Duke’s Manor, was in dispute. The scribes record, with some scepticism, that Bishop Osbern holds Buckland in demesne from his bishopric, so he says, but the Domesday commissioners were not able to make a clear judgement on this claim, instead referring the matter to the King for his decision. Osbern was Bishop of Exeter, and held Bampton by virtue of his position – hence perhaps the claim on neighboring Buckland on the other side of the Thames. Nonetheless it was a claim made on shaky grounds – there is no evidence that Buckland was ever part of the hundred or royal holdings at Bampton later gifted to Osbern, and indeed was not even in the same county. Unfortunately no record survives of the king’s decision, but by 1200 the descendants of Hugh de Buckland held this most profitable of Buckland’s manors, and had passed their earlier smaller holding, St John’s Manor, to the Hospitaller order.

Duke’s Manor remained with the Buckland family until 1216 when William de Buckland died with no male heirs. From this point, the manor was inherited down the female line for a number of generations. William had three daughters, Maud, Hawise and Joan, and his estate was divided between them. Duke’s Manor was inherited by Maud and her husband, William Davranches.

There is some evidence that the Davranches had a son whose descendants included the Bessels of Besselsleigh but, if that is the case, it is likely that he predeceased his parents as the manor at Buckland was inherited in 1236 by Hamo de Crevequer, who had married Maud and William’s daughter, also called Maud. Hamo held a number of estates in Oxfordshire including the two smallest manors that had existed in Buckland at the time of the Norman conquest. From this point onwards, those manors continued to be held alongside Duke’s manor.

The Crevequer’s were the third generation in a row to have no living male heir. They had four daughters – Agnes, Eleanor, Isabel and Iseult. When Hamo died in 1262, the Buckland manors were inherited by Iseult. She died just a year later, leaving her manors to her 12 year old son, John de Lenham. Over 100 years later, in 1366, the line of inheritance from John de Lenham came to an end with another woman, Eleanor Giffard nee de Lenham, who died without children. Her heir was her cousin’s son, Robert de Lenham, a justice of the peace for Berkshire.

There are few references to the largest of Buckland’s manors between the 1360s and 1428 when it appears being sold to Thomas Chaucer by four men who were most likely trustees. For Chaucer, it was just part of a wider portfolio of landholdings across Oxfordshire and Berkshire. It passed from him to his daughter, Alice Chaucer, duchess of Suffolk and became part of the landholdings of the de la Pole, dukes of Suffolk. It is for this reason that it came to be known as Duke’s Manor.

When Edmund de la Pole was executed for treason in 1513, all his property was seized by Henry VIII. Henry gave it, including Duke’s Manor at Buckland, to one of his favourites, Charles Brandon, duke of Suffolk. Two years later Brandon married the King’s sister, Mary Tudor, dowager Queen of France, without Henry’s consent. Technically this was treason; heavy fines were levied on Brandon in punishment and though they would be lessened he remained in debt to the Crown at the time of Mary’s death in 1533. He was obliged to settle the debt and did so by returning to the King all his estates in Oxfordshire and Berkshire, including Duke’s Manor.

In 1544, Henry VIII sold Duke’s Manor to John Yate, a local Buckland resident, for the sum of £1408 14s 7d – approximately  £982,000 in 2016. The following year he also granted St John’s manor to John Yate and from this point on all four of the original Anglo-Saxon manors were inherited or sold as one estate.

The Yates built a manor house in c. 1580 which was located to the north of the church of St Mary the Virgin. The church’s Norman north door allows access into the nave directly from the manor and it is likely that there is a long-standing connection between the manor and the north side of the parish church. The Yates maintained a link with that side of the church using the north transept for their burials and memorials. Buckland manor continued to be held by the Yate family until the death of the unmarried and childless Sir John Yate in Paris in 1690. His sister had married Sir Robert Throckmorton of Coughton and Buckland Manor passed to her husband and descendants.

The Throckmortons did little with the manor until the mid 1750s when Sir Robert Throckmorton’s son, also Robert , commissioned John Wood the Elder to build a new manor house at a distance from the old house. In the event, John Wood’s death mean that the commission was carried out by his son John Wood the younger. The Woods were responsible for some of the best of Georgian Bath’s architecture. John Wood the elder designed Queen’s Square, the Circus and the North and South Parades and John Wood the younger was responsible for the Royal Crescent and the Bath Assembly Rooms. Their manor house at Buckland, now known as Buckland House, is a fine work in the Palladian style.

At the same time Richard Woods was commissioned to lay out the park and pleasure grounds, including twin lakes, a rotunda and an ice house. A rotunda in the grounds was probably designed by John Wood the Younger. The old house was converted into a large, Strawberry Hill Gothick style stable block. Sir Robert added an embattled parapet to the tower and roof of the neighbouring church to ensure visual coherence between the two buildings. Further landscaping work was carried out by Sir John Courtenay Throckmorton who inherited the property in 1791.

The manor remained in the hands of the Throckmorton family until the early 20th century when it was sold to Sir Maurice Fitzgerald. The Yates and Throckmortons were recusant Catholics and Buckland was central to the survival of Roman Catholicism in England. In the 1670s was the most recusant parish in Berkshire.

You can read more about the families, their faith and their relations with the local church here.

Buckland House was purchased in 1909 by Sir Maurice Fitzgerald, 20th Knight of Kerry (one of three hereditary Anglo-Irish titles dating back to the 13th century) who took possession in June of that year. Sir Maurice is commemorated with an urn in the rotunda within Buckland Park. Shortly after buying the property, he employed the architect William Henry Romaine-Walker to extend the Georgian house, and a formal terrace was built on the north side of the house. At the same time, his wife was responsible for supervising the construction of a water garden.

Buckland House remained a private residence until 1962 when Major Richard Wellesley, grandson of Lady Fitzgerald, offered it in the Times for £8 a week. In 1963 it became an educational institution – University Hall Buckland – with classes and accommodation in the Georgian house and student accommodation in the stable block.

Buckland House returned to residential use in the early 1990s and, by 2005, it was on the Heritage at Risk register. Between 2005 and 2010 a restoration project was carried out on Buckland House, including removing 22 student flats and recasting 26 tonnes of lead for the roof. In 2010, the project won the Georgian Group’s Restoration of a Georgian Country House award.


References
We use cookies to ensure that we give you the best experience on our website. If you continue to use this site we will assume that you are happy with it.OkNoRead More